Save 33% On Any Nutrition Subscription

Pro-level recovery for everyone Used by pro athletes, coaches & physios

Our customers love us

Pro-level recovery for everyone Used by pro athletes, coaches & physios

Our customers love us The best way to find out what TimTam recovery can do for you is to try our products.

With our 30 day no-risk guarantee you can try any TimTam product - if it doesn't work for you, we'll refund your order. Designed and engineered by leading doctors, physios and coaches TimTam brings professional recovery to everyone.

Used daily by everyone from pro athletes to casual gym-goers, it improves recovery and performance, whatever level you play at.

"I use the Power Massager to help reduce fatigue and tiredness." DR DAVID RIDDLE
OLYMPIC COACH Massage is a vital part of your essential health and effective recovery can significantly increase performance.

Power massage for muscle injuries can speed up recovery times by up to 30% and regular massage after training can significantly improve performance - even for elite athletes.

Ten minutes with the Tim Tam leaves
me feeling like I just had an hour long
deep tissue massage robin.p

At almost 50 i have used many types of supplements over the years without success of satisfaction. This supplement is powerful and you can notice the difference in your strength level and endurance once you have loaded 1 bottle. I recommend it! 1-2 capsules per day will allow you to push harder and recover faster. It’s one of the reasons we added it the the TT brand. Try it you won’t be disappointed. 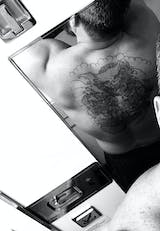 Rollers, hand head massagers, massage therapists and nothing worked. I read about percussion massage guns and was intrigued. The price seemed high given everything else that did not work out for me but I can now say the Tim Tam Power Massager was worth every penny. A calf muscle that refused to every get loose is finally loose. My chronic back pain is now manageable. I had not been able to run for years, now a quick warm up with the Tim Tam and post run massage and no issues. Did I mention it was worth every penny.

Awesome product bought it for my dad almost ended up keeping for my self, will buy another one soon

Just a few minutes gets rid of the muscle knots

recently got the tim tam pro, to help with some chronic hip pain and overall support for my active lifestyle. this thing is excellent! it's very quiet, which helps, as I use it late at night sometimes. it's very powerful, it's everything Firaz says about the tool. thanks, I love it!

We love our new TimTam!! Easy to use & it works! My husband & I are in our early 50 & are in the food service industry. The TimTam helps with fatigued & overworked muscles. Extremely pleased with it!

Definitely worth every moment. Thank you for this clever build, design, and everything that come with it. As an active family with four little ones, there isn’t too much time to relax, and when we do, it’s with the Tim Tam. Haha.

A
All New PowerMassager™ Anthony S. (West Islip, US)

We have not used it extensively enough to give a confident star rating. However early indicators show it to be effective at relieving certain trigger points as well as relieving tight or tense muscles

Love everything about this product. The different speeds are great. Love the heated tip and all the attachments.

I bought it for my 17 year old son who is very serious about lifting! He uses it daily and loves it!

I train often, getting older and I've heard Coach Firas talk about this for a long time. I do quite a bit of myofascial release already and this is easily the most effective tool. Love the portability and ease of use. I recommend it to anyone who wants to feel better and help recovery, not only from training but everyday activities.

Hans down the most powerful and effective power massager I have experienced. Using it has mitigated down time and voided injury on multiple occasions 10/10 would highly recommend

I use this every time I go to jiu jistu class and it does serve me very well. :))

Worth the money. I use mine regularly for knots, tight spots or just to get the blood flowing in an area of my body. Happy I have it!

Don't have to go anywhere to get a massage and I can hit all the spots I need by myself.

Great machine for post workouts and long work days. It’s hard to get my shoulder myself, but my husband helps with my hamstrings and back. Would recommend!

Read reviews from many models, so glad I picked the right one for me. Amazing stall pressure, good battery, makes a little noise. So happy i bought it

Love this product! Clean mental focus/energy without jitters. For international sales, this helps me with work late hours but does not keep me awake at night.

The best way to find out what TimTam recovery can do for you is to try our products.

With our 30 day no-risk guarantee you can try any TimTam product - if it doesn't work for you, we'll refund your order.

Designed and engineered by leading doctors, physios and coaches TimTam brings professional recovery to everyone.

Used daily by everyone from pro athletes to casual gym-goers, it improves recovery and performance, whatever level you play at.

"I use the Power Massager to help reduce fatigue and tiredness." DR DAVID RIDDLE
OLYMPIC COACH

Massage is a vital part of your essential health and effective recovery can significantly increase performance.

Power massage for muscle injuries can speed up recovery times by up to 30% and regular massage after training can significantly improve performance - even for elite athletes.

Ten minutes with the Tim Tam leaves
me feeling like I just had an hour long
deep tissue massage robin.p

Some people maintain their energy and strength through diet and healthy activity. These people do not need - and should not start consuming - caffeine to wake up in the morning or to fight the fatigue that’s often the result of stress, but there are many who will never give up their caffeine.

Coffee, from which most of the world gets its caffeine, is the planet’s most extensively exchanged tropical agricultural commodity. It’s responsible for exports valued at roughly US $15.4 billion, with more than 93 million bags shipped in 2010. However, actual consumption of coffee including countries where it’s grown amounted to nearly 134 million bags. So why does the world’s population love a caffeine buzz?

Caffeine (1, 3, 7-trimethylxanthine or C₈H₁₀N₄O₂) is actually a bitter substance that occurs naturally in more than 60 known plants. It can also be created in a lab as a white powder and added to manufactured/processed foods.¹ What are the physiological effects of caffeine?2

Caffeine acts as a neuro-stimulant or psychoactive agent that works by upsetting and blocking adenosine.  Adenosine is responsible for many processes, pathways, and regulation of the nervous system. As the day progresses, it builds up in the brain and acts as a depressant by inhibiting the concentration of neurotransmitters, such as:  serotonin, dopamine, acetylcholine, norepinephrine and glutamate.¹ That’s why you may feel sleepy or lethargic.

Caffeine mimics adenosine but only in size and shape, and your body can’t differentiate between the two. It attaches to receptors designated for adenosine thereby blocking adenosine’s entry and allowing neurotransmitter concentration to increase. This  results in positive effects on mood, energy, focus, and alertness in most, but not all, individuals.¹ When you stop drinking caffeine and its effects begin to wear off, all that blocked adenosine will rush to fill those receptors. You may be pleasantly sleepy at first, but in some cases the result of adenosine rush will make you feel groggy, giving you a good reason to ingest more caffeine. In terms of muscular performance, caffeine has shown to acutely increase muscular endurance and strength following consumption. This is largely due to elevated levels of neurotransmitters, in addition to calcium ion availability in the muscle - facilitating force production. A position statement published by the  Journal of the International Society of Sports Nutrition  supports evidence that this results in lower perceived exertion, pain, and increased strength and power; in combination with influence on the CNS and adrenal stimulation.¹ ³ Although, further evidence is needed to finalize these conclusions.

Remember, adenosine first acts to transmit energy signals, and as it builds up, it acts to slow us down. Caffeine can stimulate energy but will not slow us down throughout the day. With your central nervous system on “high” all day, it can eventually become overly stressed. It is also important to  hydrate. Caffeine is a diuretic and can result in dehydration, even in fluid form, and impede on performance. Therefore, it is important to consume caffeine in moderation and to know the types of caffeine, as well as how much and when to consume it.

As with anything you put in your body, it is important to know what it is and where it comes from. Caffeine should be no different.

Synthetic caffeine is created in a lab in the form of white powder and found in many energy drinks, sodas, pre-workouts, and processed ‘energy boosting’ foods. It is rapidly absorbed in the body and can cause more harm than good in high quantities. Generated from ammonia -  found in cleaning products - this cheap source of caffeine can bring on a crash just as fast as it provides the energy.⁴

Natural caffeine, on the other hand, comes from plant sources like coffee beans, cacao, guarana, etc.⁵ These natural sources provide a cleaner, sustained release of caffeine that usually is accompanied by vitamins and methylxanthines.⁶ Components not usually found with synthetic caffeine, these vitamins and methylxanthines balance the concentration of caffeine in your system and assist in delivering it to your body in a steady manner.

Most exercise, sport, and performance related journals have some sort of positioning on caffeine and the quantity for increased mental and physical performance. We found most agree that  3-6 mg/kg of body mass, or about 1.4-2.7 mg/lb, is optimal for increasing performance.¹ Depending on the source of caffeine, it is suggested to consume this caffeine 20-60 minutes  prior to workout or competition. However, it is crucial to note that caffeine tolerance and effects are dependent on the person’s age, weight, height, and various other factors that influence response from one person to another. Limit consumption to 6 hours before you go to bed to help reduce risks of insomnia.

It is recommended that you start small to assess your individual tolerance and consult a doctor if you experience any negative side effects or are unsure if it is safe for you.

Are there any alternatives to caffeine?

If you want to kick the caffeine habit, or simply don’t want to start, but still want its positive effects, try some of the following remedies. Caffeine in moderation is probably not going to do you any harm, but there may be better ways to increase your alertness and energy levels on a regular basis. Remember, if you’ve been hooked on caffeine for a while, you may experience some withdrawal but your body will eventually adjust and you’ll end up healthier for it. Wean yourself off caffeine slowly and try substituting another beverage in its place.

FIGHT BACK WITH FISH OIL